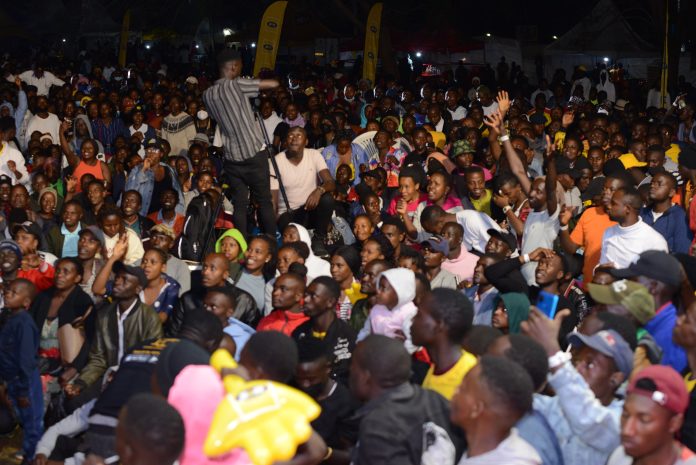 Muhairwe Reegan popularly known as Ray G must be the happiest man in the country after holding a successful concert in Mbarara.

The place was filled to capacity with thousands of revelers enjoying vibes from Enshazi, Mureebe, Omusheeshe and other popular songs of Ray G.

Celebrated western Uganda MC, MC Kacheche was the main host of the event, that made Ray G stand out of the cloud as one of the few western Uganda Musicians to hold massive concerts in their own home towns.

Three major concerts were held in the country this weekend. Juliana Kanyomozi’s Boundless Concert at Serena Hotel Kampala, B2C Concert live in Freedom City Kampala and Ray G Live Concert in Mbarara and the good news is, they were all success.

Latest Music on your Email: